The G8 – Marketing Facts and Business Trivia for Exporters.

As the G8 rolls into town today, we thought it would be timely to shed some interesting and maybe less known facts about the world’s largest export markets. 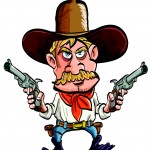 The US is Ireland’s largest export partner with approximately 22% of all exports destined for the land of stars and stripes. And with good reason:  The US is the world’s largest economy, and in 2012 imported a whopping $2.3 trillion of goods. The economy has suffered through the recession however and actually has more government debt per capita than Greece, Portugal, Italy, Ireland or Spain. At $52000 per person it is double that of Ireland. If you are targeting the “Irish” American market then it’s big because in 2011 36 million Americans claimed Irish ancestry. Getting them here is a different challenge however as it is estimated that only one in three Americans hold a passport.

Japan has the world’s second biggest economy. The Japanese are the only nation ever to be the victims of an atomic bomb but ironically have the longest life expectancies in the world (82 years). If everything in the USA is “bigger” then in many ways Japan is the opposite. With a population equal to about half of the United States, the land space is only similar to the state of California. This perhaps tells us a lot about the country that brought modern theories of Efficiency, Lean and Quality to the Western World.  If you are looking for love however, on Valentine’s Day only the ladies give presents; the men return the compliment one month later on March 14th (known as “White Day”).

After suffering from one of the highest unemployment rates in Europe (12% in 2006), Germany now has one of the lowest (5.4% in 2012).  The German’s are renowned for their expertise in engineering and the world loves German goods too with approximately 10% of world exports coming from Germany. Like the Irish, German people love their food and drink (we export €70 million of beef there each year):  There are 1,300 beer breweries in Germany, making some 5,000 kinds of beer. German people are the world’s second biggest beer drinkers after the Czechs (The Irish are #4 on the world league table)

Most Irish companies enjoy doing business in Italy. Italian’s are warm, like to build a personal relationship with their business partners and enjoy their food and fine wines. Like the German’s they like their Irish beef but they love their pasta even more and consume approximately 26kg per person each year. They also love their mother’s and by the age of 30, 50% of Italian men still live at home. To develop business in Italy, local knowledge is a must: Italy has the highest number of small businesses in Western Europe, making distribution channels sometimes complex, and large differences exist regionally between the economically strong north and the relatively poor middle and southern regions. Finally, if political stability is important to you then Italy may not be your first choice because the country has had an amazing 61 governments in the past 67 years. 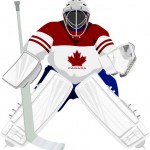 Compared with the other G8 countries, Canada may be one of the least familiar for Irish companies with the USA being our preferred choice for North American market exports. At 3,855,103 square miles, Canada is the second largest country in the world behind Russia (it actually has the longest coastline of any country in the world at 151,600 miles). Put any perceptions that Canada is just a pretty county to visit to one side – Canada is an industrial powerhouse with a growing economy. Among other things it can boast the second largest oil reserves after Saudi Arabia and is the world leader in areas like uranium mining and Hydro Electricity. 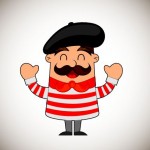 France is the 5th largest economy in the world and the French language is spoken by 270 million people worldwide (something French people are very proud of). The first rule therefore in doing business in France is to respect the French language and exporters must be seen to make every effort here. The French are #5 on world league table for wine consumption with 46 litres per person – The largest consumer of wine per capita is actually the Vatican City (the world’s smallest independent nation) with 54 litres per person.

The UK is Ireland’s second largest export partner with 16% of all goods and services going to our nearest trading partner. If Ireland is looking to develop a smart economy then we would do well to look at the success of our neighbours: The UK is now the world’s largest e-commerce market per capita, and the second largest online advertising market overall.   The British love their food, perhaps too much so, and is the fattest nation in Western Europe, with more than a quarter of the population ranked as obese.  Finally, if mass marketing is your area then sending a mass mailing to ‘John Smith’ might yield some success as there are over 30,000 people in the UK who share this name. And, there is a good chance some of these live in ‘Newtown’ as there are over 150 towns with this name also.

In terms of size, Russia is the largest country in the world,  covers one-seventh of the total land area of the world and is located across 9 time zones. It is a country that has experienced an economic revolution in the 21st Century and has been specifically targeted by Enterprise Ireland as one of the four high growth BRIC countries (Brasil, Russia, India, China) for exporters.  It is a country where a small percentage of the population hold extraordinary wealth: In 2012 Forbes Magazine estimated that Moscow has 79 billionnaires placing it top of the leaderboard with New York (#2) and London (#3). All you luxury goods companies take note…

The Importance of Moving Around, Especially in Your Early Career – An Interview with an IMS Employee

What is the Right to Disconnect?